It took all day yesterday to get the sound right in the studio and get underway.  A little bit stressful, but we got there finally.  Last night ended with me disturbing a wasp nest in the cottage, and then doing gymnastics trying to kill them all.  They were pretty sleepy so luckily no-one got hurt.  Apart from the wasps that is.

At 6.30pm on day two we have nailed three songs, which doesn’t sound like much, but they were the most difficult ones on the album.  We are heading back in to the studio now to try and get another one or two done before Stefano kicks us out for the night.

This is the studio: 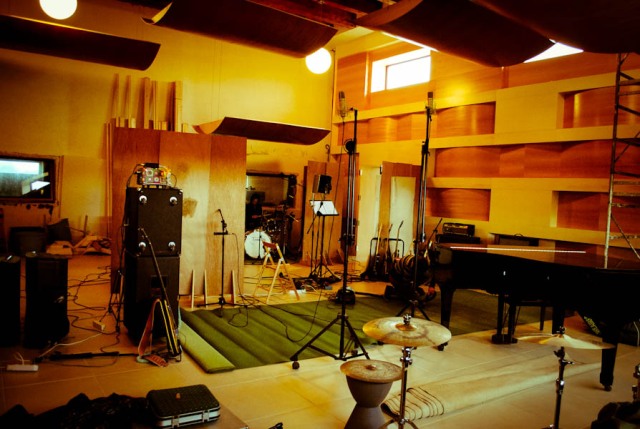 In between takes I have managed to get halfway through a blue and white scarf which is lungissimo.  Gianluca thinks I need to see a psychiatrist for my addiction problems. 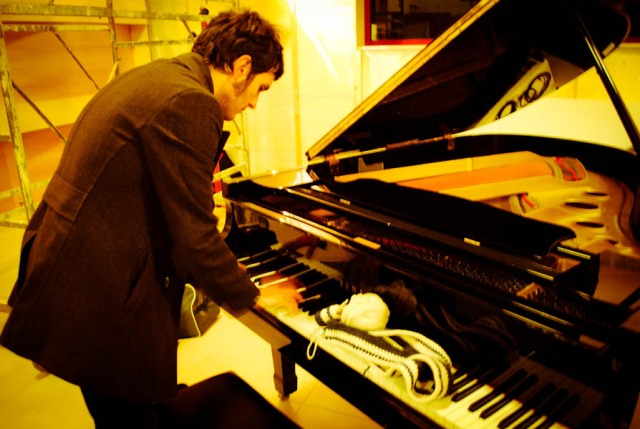 It probably would be better to rest my hands in between playing for hours, but it keeps me occupied.  I am wearing holes in my fingers and feeling a bit like what’s his name, playing til his fingers bled, but this ain’t the summer of 69.