After a relaxing break out in Australia during January and some much needed Vitamin D we came back to Europe and indeed straight to Rennes to do some work recording the final songs for the new Head On record.  It is due to be completed soon, and they will be having a release party for the single ‘Changing Shape’ at Le Galion in Lorient on the 11th of April and at Mondo Bizarro in Rennes on the 12th of April.

We were 11 hours on the train back to Milan and into the studio ourselves the very next day at the School of Audio Engineering with Ivan A Rossi.  We recorded one song without having the chance to rehearse at all; a little complicated, but fun nonetheless.

Our plans for the first half of this year are all about recording a new album, which we will start working on in March, and hopefully record in April.  It is an ambitious project we have set ourselves, but we are very excited to work on some new material and prepare to present it live after the summer.

Meanwhile, here are a couple of photos from our session at SAE Milano last week. 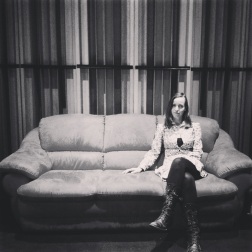